KUSI News is a virtual channel 51 and UHF digital channel 18. It is an independent television channel licensed to San Diego, California, United States. The channel is owned by locally based McKinnon Broadcasting. KUSI’s studios are located on Viewridge Avenue (near I-15) in the Kearny Mesa section of San Diego. Furthermore, and its transmitter is located southeast of Spring Valley. The channel’s signal is relayed on low-powered K12PO in Murrieta.

On cable, KUSI is available on Cox Communications, Charter Spectrum, and AT&T U-verse channel 9. For the breaking news, headlines, and weather forecast, KUSI live stream is available online to the audience.

Here we are providing the HD live stream of KUSI TV. Watch your favorite talk shows, news programs, and political updates. Please click on the below player to start the video streaming.

On June 23, 1965, the construction permit for a channel 51 television channel in San Diego was issued. It was allotted to Jack O. Gross. Moreover, prior to this, he had already founded KFMB-TV channel 8, as KJOG-TV.

In October 1967, the channel KUSI was still not built. At that time, the United States International University (USIU) filed to have the channel transferred to it. They affirmed that Gross was refusing to abide by an agreement. That contract turned up on the April of that year. Their demand was to sell the channel to USIU for $16,000 in expenses.

However, a complication arose soon after that. It was when Gross informed the FCC that he had reached a deal to sell the channel to the Broadmoor Broadcasting Corporation. Apparently, the production house was owned by Michael and Dan McKinnon alongside local radio channels KSON (1240 AM).

Early Years and Sale to McKinnon

By the end of 1980, administrative law judge James F. Tierney finally decided to settle the matter for good. He granted the transfer application to University Television. Furthermore, he dismissed Christian Communications’ complaints as unfounded.

The renamed KUSI TV live stream finally signed on September 13, 1982. The channel ran its transmission 17 years after the permit was granted. It operated as a general entertainment independent channel. KUSI on aired a mix of children’s programs, sitcoms, older theatrical and made-for-TV movies, drama series and sports events.

In January 1994, the channel shut down its weekday morning children’s programs. KUSI live stream shifted them to afternoons upon the launch of a morning newscast. By 1995, the channel began dropping many of these shows. Furthermore, it started adding more court, talk and reality shows. KUSI TV copied the scheduling format used by Los Angeles independent channel KCAL-TV. The cartoons and recent off-network sitcoms were moved to a weaker channel.

On June 12, 2009, KUSI TV live stream shut down its analog signal, over UHF channel 51. This was the official date in which full-power television channels in the United States transitioned from analog to digital broadcasts. KUSI TV’s digital signal remained on its pre-transition UHF channel 18.

Syndicated programming on KUSI-TV includes The People’s Court, The Big Bang Theory, The Real, TMZ on TV, Extra and Family Feud, among others.

From 1987 to 1994 and again from 1997 to 2003, KUSI held the over-the-air television rights to San Diego Padres Major League Baseball games. During the second tenure, the channel had only broadcast the team’s Sunday games. They were produced by 4SD until becoming exclusive to the cable channel in 2004.

At present, KUSI-TV broadcasts 62½ hours of locally produced newscasts each week. In September 1990, KUSI launched its news department with the introduction of an hour-long 10:00 p.m. It became active in the local television news race. The channel was originally anchored by veteran television anchors Roger Grimsby and George Reading. It was the first television channel in San Diego to begin producing local newscasts. KUSI earned this credit after XETV’s original news department folded in 1972. This was the time when KUSI lost the ABC affiliation to channel KNSD.

Later on, Grimsby resigned in 1991 after he felt the channel’s news format was becoming too typical. On January 5, 1994, the channel debuted a three-hour weekday morning newscast from 6:00 to 9:00 a.m. Initially, it was hosted by Laura Buxton and Tom Blair. She was later replaced by Stan Miller. KUSI gradually became a competitor to the national morning newscasts aired during the final two hours of the program.

The channel is known for its series of civic and consumer watchdog reports during its evening newscasts called The Turko Files. It is helmed by investigative reporter Michael Turko. He regularly utters the line “It Ain’t Right” during the segments.

From 1994 to 2014, John Coleman served as KUSI’s chief meteorologist. He appeared on its evening newscasts. During his tenure at the channel, Coleman was known for his trademark drawn-out pronunciation of the channel’s call letters (“K-uuuuuuuuuuu-S-I”). Moreover, he was also own for providing his own lively presentation during the forecast segments and breaking out in dance at random. Coleman retired from broadcasting in April 2014 after a 61-year career; however, he did not appear on-air for a proper sendoff.

The slogan of KUSI TV

The channel has its own website on internet media. You can find news updates easily there.

Here we have a KUSI TV Schedule. You can check the names and timings for all the shows.

Below is the coverage area map of the KUSI TV live stream. You can see it covers a big area of the San Deigo bay area. 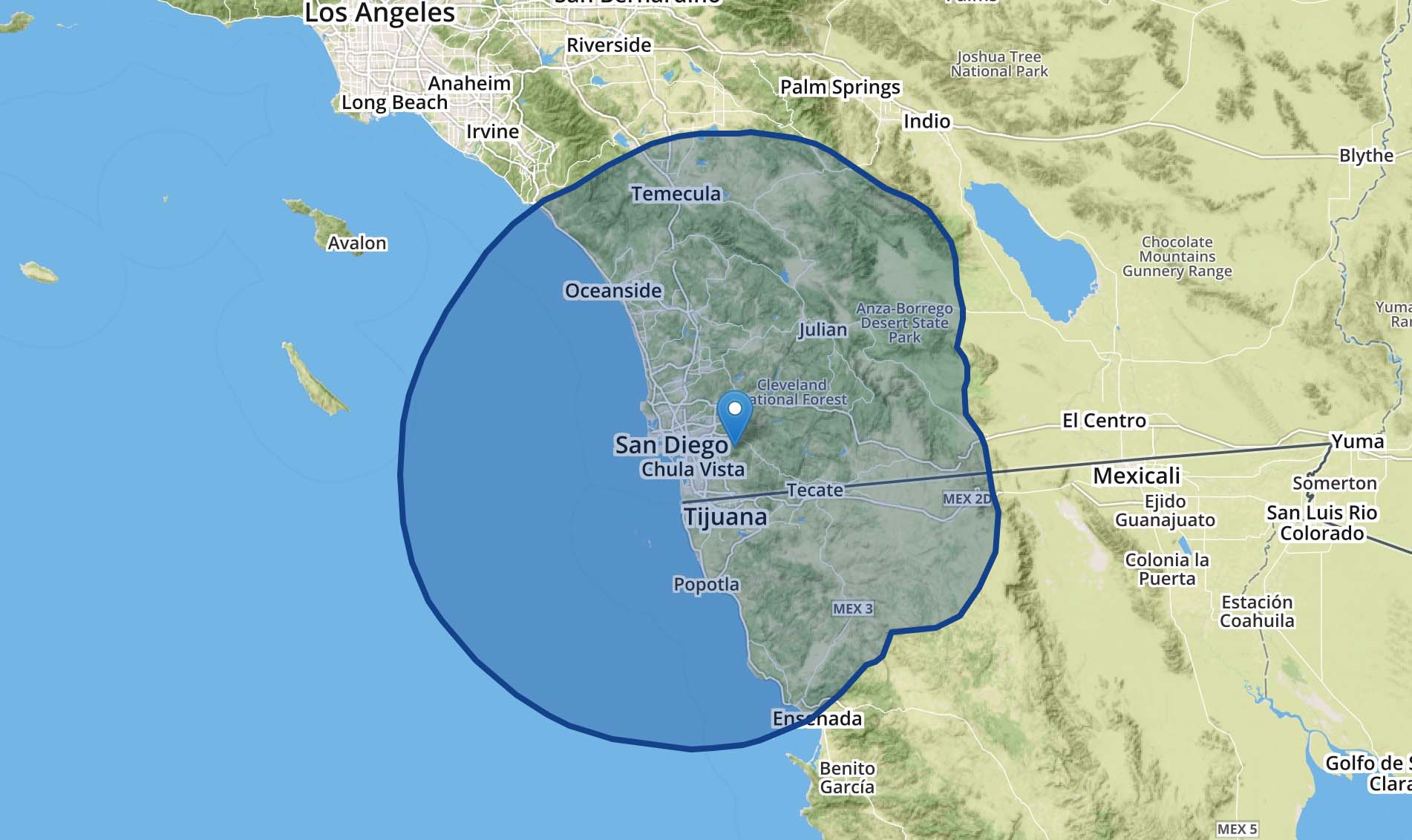