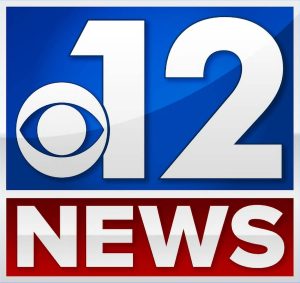 WJTV News is an American TV network affiliated with CBS and The CW. It broadcasts on Virtual CH 12 in Jackson, Mississippi. Nexstar Media Group serves as the owner of the channel.

WJTV 12 appears on various local cable networks, as well as on satellite services. Moreover, you can have WJTV live coverage over the air via an antenna. Enjoy the breaking news & weather news on the official website wjtv.com as well.

The world has changed and so do the ways people watch news & weather. WJTV News presents breaking news, health news, political coverage, and weather transmission, through a WJTV live stream. Watch your favorite shows in Jackson, Mississippi by streaming a buffer-free, Full-HD telecast of WJTV News. Whether you are using a laptop or a mobile phone or a tablet, our streaming service is responsive on all devices.

Kelly Scott is no more working in WJTV Weather as a Morning Meteorologist. She left the channel in October 2019. She admitted that her depression was getting worse and is no longer interested in working for WJTV. The journalist took to social media to explain the pressure of the job and the stress it caused. She started working at the CBS Jackson in June 2017 and during her stay, she was responsible for covering many duties including building a professional brand via social networks such as Instagram and Facebook. After leaving the weather job she became a part of the Mississippi Emergency Management Agency as a Public Information Officer in February 2020. She served the company for more than 2 years. Now, she works as a Public Relations Specialist at Georgia Power Company since March 2022.

Yes, Andrew Harrison is no more a part of WJTV 12 News. He served Channel 12 JK MS for more than 6 years. Andrew joined the channel in May 2014 and left it in October 2020. While working for WJTV News 12, he worked as a weekday anchor and producer of a weekly series What’s Working in Mississippi. He also used to perform his duties as the co-anchor of a college football pregame sports program. Harrison currently works as a news anchor at WDEF TV in October 2020.

Brittany Noble Jones was fired from 12 Jackson allegedly claiming that her boss told her that she wouldn’t be appearing on the live screen with her natural hair since it seems unprofessional. As an anchor for WJTV’s morning news program in Jackson, Mississippi, Brittany Noble-Jones has been covering news since 2015, when she was awarded Emerging Journalist of the Year by the National Association of Black Journalists. In an interview with BuzzFeed News’ AM2DM, she said she always straightens her hair before appearing on the screen as an anchor. In October 2016, Noble-Jones gave birth to her son and changed the way her hair was done for practical reasons as well as personal ones.

Yes, Candace Coleman has left the WJTV News since October 2020. She was a Morning News Anchor at the station who served WJTV 12 News for almost five years. The University of Mississippi awarded Candace her bachelor’s degree in May 2014 in the Meek School of Journalism. The National Association of Black Journalists and Alpha Kappa Alpha Sorority, Inc. are both her professional memberships. WTVA, an NBC affiliate in Tupelo, MS, offered her an internship while she was in school. Beginning her career as a reporter in Hattiesburg, Mississippi, she was part of the WHLT 22 team, working closely with WJTV12. Many of her reports were featured in Jackson.

Yes, Terran Kirksey has left WJTV Jackson MS. There isn’t any information available that where he has been working now. We will let you know as soon as it becomes public. The Storm Team 12 was joined by Terran Kirksey in April 2015. Having grown up in Alabama, Terran knew that he was intending to become a meteorologist from an early age. He earned a Bachelor of Science in Meteorology from the University of Oklahoma. In addition to that, he received a Master of Science in Geoscience from Mississippi State University (a division of applied meteorology). A veteran storm chaser & weather observer, he has chased tornadoes over the Plains & Southeast for many years.

You can never trust news until you trust a person who is conveying the news to you.  To reflect that, WJTV News 12 announces news personalities whose reputation is great and who have established trustworthiness among the audience over time. The team comprises capable anchors, reputable reporters, skilled sports personalities, competent digital reporters, and special contributors. Jade Bulecza and Byron Brown are among the popular anchor personalities. Richard Lake and Deidra Brisco are well-known reporters on the team. The sports team includes Blake Levine and David Edelstein. Cianna Reeces, Malaysia Mccoy, and Jaylan Wright make a perfect team of digital reporters. While Raquel Martin, Alexandra Limon, and Kellie Meyer are among the dedicated personalities of Special Contributors.

Byron Brown has over 30 years of experience anchoring and reporting on TV news. WJTV 12 News reporter Byron Johnson has been with the station since January 2003. 5:00, 6:00, 9:00, and 10:00 P.M. are his evening anchor time slots. The Jackson native previously worked as a weekend anchor for the Tampa-based sister station, WFLA. In addition to anchoring morning and midday at WOIO/WUAB in Cleveland, Ohio, Sunday anchoring at WCIV News, and Saturday Morning anchoring at KCNC News, Byron was also a commentator for US News & World News.

In addition to anchoring morning and midday at WOIO/WUAB in Cleveland, Ohio, Sunday anchoring at WCIV News, and Saturday Morning anchoring at KCNC News, Byron was also a commentator for US News & World News. As a journalist, Byron has covered a wide range of topics from politics to natural disasters. The 2019 election season saw him moderate four statewide debates. Moreover, The Mississippi Insight show is Byron’s weekly political show. When the controversial 2000 presidential election took place in Tampa, Florida, Byron was working there.

In 1989, Hurricane Hugo hit Charleston, South Carolina, and he covered it for his first major storm. However, Hurricane Katrina remains one of his most memorable stories. Byron anchored 12 hours straight for several days for WJTV during its 72-hour run on the air.

Weather is scary and it needs to be managed by a skilled and talented team of meteorologists. Therefore, WJTV Weather Team aka Storm Team 12 employs some of the best weather personalities in town. Together with Jake Dalton, Gracie Dencausse, and Ken South make a perfect team. They are always on standby and provide up-to-date weather information to the people of Jackson, Mississippi. With the help of the latest weather radar, the WJTV Weather team always stays ahead of severe weather conditions. It predicts the weather accurately and delivers the reports to the audience in a timely manner.

The Magnolia State is home to Ken South, born in Houston, MS, and brought up in Natchez, MS. During his time at Jackson State University, Ken earned a BS in Meteorology and was also involved in research at Stennis Space CenterStennis Space CenterStennis Space Center, or SSC, is a rocket testing facility that belongs to NASA and is located in Hancock County, Mississippi.. In addition to his experience at the National Weather Service, Ken has also worked at NOAA Weather Radio, where his duties include recording forecasts, monitoring radiosonde data, and forecasting river levels.

The autumn of 1990 saw Ken begin his broadcast career at WXVT, Greenville, where he worked as a reporter and a weather correspondent, latterly ascending to his current position of Chief Meteorologist. Ken’s meteorologist role at WJTV News Channel 12 followed a year at WVTM News in Columbus, GA. In 2001, Ken entered the team at News Channel 12. By 2001 and 2010, Ken was awarded the Associated Press’ Best Weathercast in Mississippi.

Apps are the future of TV News & Weather News.  the news app and the weather app are available by the WJTV News for viewers on the go to get digital access.

In your hand, you have the best local news you’ll ever find. We have compiled all the top stories from our daily broadcasts onto the WJTV.com mobile app, along with real-time developments.

For Jackson, Mississippi, and the surrounding areas, WJTV.com offers the latest news, sports, and WJTV weather.

You’ll never again be caught off guard by the weather. With Storm Team 12, you can trust to get the most accurate forecast every hour for the following day and for the following week. This app provides you with a customized forecast, not available anywhere else.

You will get local and national weather for your convenience on the WJTV Weather app. If severe weather is heading toward you, you will receive notifications to let you know when to seek shelter. While on the move, you can get the latest weather forecast, interactive radar, and real-time conditions by logging onto WJTV Weather.

Utilizing the most comprehensive weather and radar maps, the WJTV Weather App provides the most accurate weather information on the air. Taking control of the storm can be straightforward, with its easy-to-use interactive radar showing where the storm currently stands and where it is headed. Make sure you and your family are informed and protected by setting up personalized alerts.

You can find a list of the entire TV shows below, including news, instructional, exciting, and weather-related shows. All your favorite shows can be streamed live on Live News Globe.

January 20, 1953, saw the launch of WJTV, the state’s first television station, which broadcast analog signals on UHF channel 25. With its founding in 1913, the channel was formed by Jackson’s morning and afternoon newspapers—the Jackson Daily News, and the Clarion-Ledger. It was an affiliate of CBS as well as secondarily a DuMont Television affiliate.