WSBTV aka “Channel 2 Action News”  is the first TV broadcaster in the South – providing metro Atlanta news, community updates, and weather reports for 7 decades. It is famous for covering city’s local news, political and sports events. Georgians tune this channel to watch headlines and breaking news of the larger metropolitan area of Atlanta. The station is available through UHF digital CH 32 and Virtual CH 2. Management of the channel is governed by Cox Media Group. It shares Live studios with the sister networks at Radio Group and WSB Television building in Midtown Atlanta’s West Peachtree St. However, WSBTV Atlanta’s transmitter lies in Old Fourth Ward and Poncey-Highland neighborhoods of the city.

WSBTV or Channel 2 Action News Atlanta, first started programming on 29 Sep 1948 at CH 8. It is the 2nd oldest TV channel in the South Washington DC; the first one is WTVR-TV in Richmond, Virginia. The original owner of the network was James M. Cox, the publisher of The Atlanta Journal, who also happened to co-own WSB-AM. The channel was originally affiliated to NBC Network, following the affiliation of its sister radio with NBC radio. Plus, it also used to carry ABC content until 1951.

WSBTV commonly known as Channel 2 News Atlanta GA, shifted to channel 2 as a result of the 1950 incident, when The Journal merged with its rival company Atlanta Constitution; both were the newspaper companies possessing broadcast properties.

The newly merged partners decided to sell WSBTV to Broadcasting Inc- a group of Businessmen- for 525,000 dollars in 1951, although the sale froze due to some reason, which finally completed in 1951 when FCC approved the deal. WSBTV or Channel 2 News Atlanta GA officially shifted to Channel 2 on 30 Sep 1951.

All WSB (Channel 2 News Atlanta) channels relocated to the new facility ‘White Columns’ and kept operating there for almost 43 years until the authorities decided to build a modern glass and concrete building adjacent to the previous one in 1998.

In 1965, Channel 2 Action News Atlanta was the first TV broadcaster in Georgia to air the color transmission; the colored program of the TV station was Today in Georgia show by Ruth Kent.

Availability of the Station

However, its HD transmission can be accessed on Spectrum CH 702 and Xfinity CH 803.

Viewers can enjoy WSBTV live on the station’s official website too, where a non-stop 24/7 streaming service is available.

1948: The first live telecast of WSBTV

1980: The formation of Channel 2 Action News

WSBTV News App delivers breaking news, weather updates, traffic alerts, sports, and much more in the Atlanta region. The app is specifically designed to be user-friendly and to give an extra pleasing experience, as users can easily access WSBTV live streaming video and watch the news headlines as soon as they break. The app’s sole mission is to provide the best and accurate news and information to the people. It is available to download on both Apple Store and Google Store.

With the help of Glenn Burns, the Chief Meteorologist, and Severe Weather Team 2, WSBTV introduced the most authentic weather app called ‘The WSBTV Weather App.’ It

The latest WSBTV interactive weather radar helps the user find the likely path, plus it alerts the people about possible storms to hit. The WSBTV Radar is maintained by senior meterologists of Severe Weather Team 2 – also includes storm and earthquake trackers as layers, letting the user track storms and their type, direction, speed, and earthquake’s magnitude and location. Moreover, pin your location precisely on the map, receive push alerts, and get to know about local forecasts with the newly designed WSBTV Weather app.

Channel 2 Atlanta is considered as No.1 local TV channel in the region airing 7 hours of news transmission during weekdays. The station hosts its own website where viewers can watch WSBTV live stream 24/7, plus it features news, traffic, and weather apps as well. Moreover, the channel has been airing MeTV content on its digital sub-station 2.2 for many years. 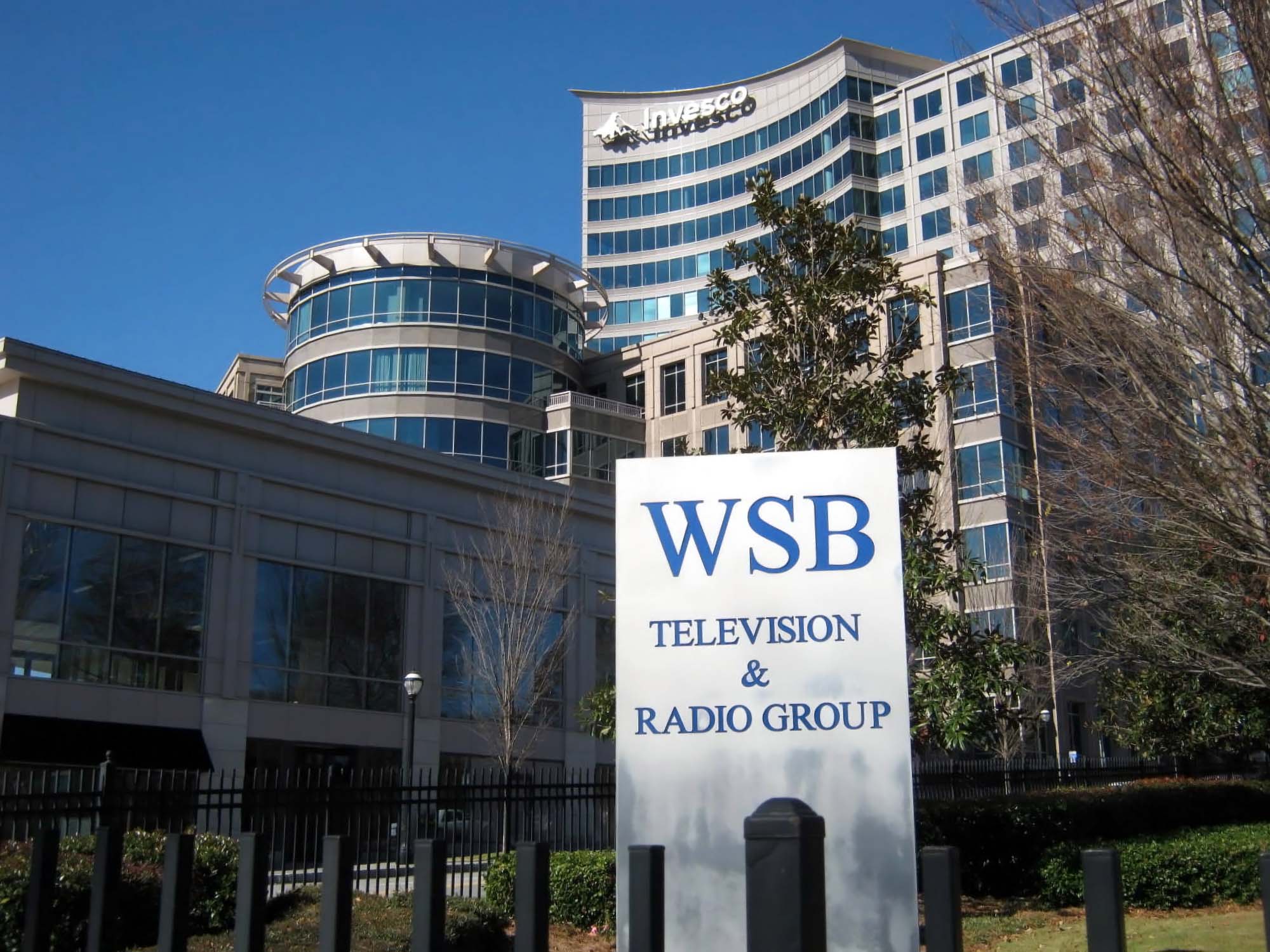 For the most part of the 70s, ABC remained the highest-rated network and was searching for stronger affiliate partners all around the nation, that time, including Atlanta. In June 1980, WSBTV Atlanta dropped its NBC affiliation and turned over to ABC; as a result, WXIA adopted NBC. Some of the channel’s  shows were shifted to ABC in August, though the full-time affiliation took place on 1 Sep 1980. The network put a number 2 in its logo in Jan 1986, which it is keeping till today.

In Feb 2019, Apollo Global Management declared that they are going to purchase Cox Media Group along with Northwest Broadcasting channels. However, it was decided that new owners would rub it under the name Terrier Media. Later, in June 2019, Apollo acquired the ownership of Cox’s advertising Businesses and radios, too, and retained the name Cox Media Group.

The map shows the entire coverage area of Channel 2 Atlanta.